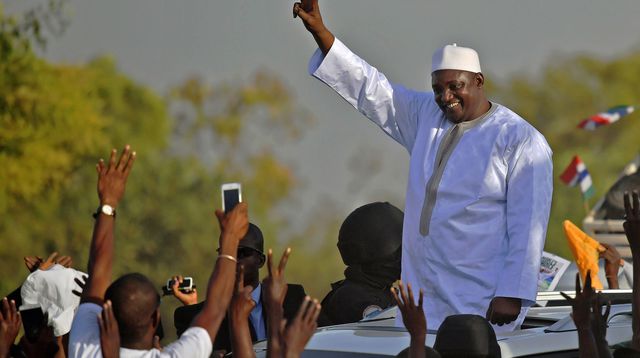 This was the President’s first address to the media since he was declared the winner of the December 4th Presidential elections. Responding to questions from the local and international press on various socio-economic and political issues, the President promised to deliver a new constitution before the end of this new term, stating that issues like term limits are important to him and will be reflected in the document.

In response to the Truth, Reconciliation, and Reparations Commission’s recommendations, he stated that his government will thoroughly examine it with the notion that justice will be served and urged Gambians to be patient while the process is followed.

He also reaffirmed his commitment to improving the country’s infrastructure, stating that negotiations for the construction of the Banjul-Barra bridge are well underway. He also said that plans to expand the ports are at an advanced stage.

On the issue of tribal sentiments, he challenged all Gambians to make it a responsibility to sensitise people about tribalism, urging the media to take the lead in this important process.

The President also called on Gambians to join him in the development of the country, stating that the country is to set to witness massive development.